A distinction is sometimes made between a republic and a democracy in the context of the American Constitution. It is maintained that the USA was established as a republic, but degenerated into a democracy. Does this have some implications for the Constitution of Pakistan? Article 1 of the Constitution of Pakistan states that “Pakistan shall be a Federal Republic to be called the Islamic Republic of Pakistan.” The Preamble to the Constitution says that it will be a republic in which “principles of democracy, freedom, equality, tolerance and social justice, as enunciated by Islam, shall be observed.” These statements appear to imply that “republic” and “democracy” are either the same thing or they are compatible, with republic being a political framework and democracy the practice within this framework. As stated, in the USA there is considerable debate and discussion about the difference and distinction between the two meanings along with the claim that USA is a republic and not a democracy. To complete this introduction, we may briefly recall that Plato in the Republic1 identifies his well known five regimes, and shows how democracy degenerates into tyranny.2 In our case matters are complicated further when we qualify the term republic with the word “Islamic” calling Pakistan an “Islamic Republic.” How are we to understand all this, and to reconcile the different ideas?

In PLD 1998 Kar. 180, it is stated, “Pakistan is a Republic. In this country, there is Government of laws and not men. The dream of the founding fathers of this country is enshrined in the Objectives Resolution which is now a substantive part of the Constitution and this Objectives Resolution was the preamble of all the Constitutions which were framed.”3 The words “Government of laws and not men” are significant, and so are the references to the preamble and the Objectives Resolution. All these statements and ideas appear to be moving in different directions. Let us first bring some order into them and then leave a few questions for the reader to comment on.

Taking up the claim that a republic is a “government of laws and not men”, the first distinction usually drawn is that in a republic it is the laws that are predominant and settle matters, while in a democracy it is the “will of men” that is the deciding element. The second distinction that logically follows is that in a republic certain laws are of a fundamental or more or less permanent nature; they are not subject to change. In a democracy, everything is up for a change and the majority can change whatever it likes. According to Chomsky, republic being the rule of all the people and not the majority, the fundamental laws protect the minority from the majority.

In the USA, the founding fathers gave serious thought to the differences between a republic and a democracy. Before we list these differences in a more systematic way, let us examine the statements of two leading founding fathers. First, Alexander Hamilton, stated as follows in a speech delivered in 1788:

It has been observed by an honorable gentleman, that a pure democracy, if it were practicable, would be the most perfect government. Experience has proved, that no position in politics is more false than this. The ancient democracies, in which the people themselves deliberated, never possessed one feature of good government. Their very character was tyranny; their figure deformity: When they assembled, the field of debate presented an ungovernable mob, not only incapable of deliberation, but prepared for every enormity. In these assemblies, the enemies of the people brought forward their plans of ambition systematically. They were opposed by their enemies of another party; and it became a matter of contingency, whether the people subjected themselves to be led blindly by one tyrant or by another.4

James Madison wrote the following in Federalist No. 10:

[D]emocracies have ever been spectacles of turbulence and contention; have ever been found incompatible with personal security or the rights of property; …A republic …opens a different prospect, and promises the cure for which we are seeking.5

It is probably for this reason that the word “democracy” does not appear in the Declaration of Independence or in the Constitution of the USA or even in any of the constitutions of the various states. A major distinction between a republic and democracy is drawn by some scholars with respect to rights.

Bentham, who called human rights “nonsense on stilts,” maintained that the state gives rights and the state takes them away. In other words, rights are privileges and not inalienable in his view. As compared to him, John Locke maintained that a human being is born with all rights and freedoms, and these rights are inalienable. The state has been assigned a single right: “the right to protect rights.” The British followed Bentham, while the USA followed Locke. Bodenheimer records the following words of the US Supreme Court in Saving and Loan Association v. Topeka [20 Wall. 655, at 662-63]:

There are …rights in every free government beyond the control of the state. A government which recognized no such rights, which held the lives, the liberty, and the property of its citizens subject at all times to the absolute disposition and unlimited control of even the most democratic depository of power, is after all but a despotism.

Thus, the USA trying to set up a republic followed Locke, while Britain followed Bentham. The UK has only recently passed the Human Rights Act under pressure from Europe. India and Pakistan, imitating Britain, follow Bentham. Consequently, the state of Pakistan has only granted some rights, considering them fundamental. No other inherent right of human beings is justiciable. Further, most of the rights granted have been weakened to acknowledge the overriding authority of the state with the words “subject to law,” meaning thereby that the state can restrict these rights whenever it likes. Finally, as these are merely privileges, they can be completely suspended when the state feels there is an emergency. Bentham reigns supreme. In the USA you cannot do all this; the rights lie outside the ambit of the law or the state. In other words, rights can never be suspended or taken away in the USA as the law has no authority over them. Finally, that is exactly what the United Nations says about human rights.

The discussion of democracy and republic leads us to the issue of those fundamental laws that cannot be altered by the majority in the Islamic Republic of Pakistan. Is the “basic features doctrine” related to this? Are these laws designed to protect the minority from the majority? In the District Bar Association Rawalpindi case, the Supreme Court discussed, inter alia, the basic features doctrine laid down several decisions, on of which was:

Parliamentarians, who adorn the House after the promulgation of the 1973 Constitution or will do so in the future, do not have the constituent powers of the first parliamentarians, therefore, they cannot amend the Constitution in a manner that contravenes the provisions of the Preamble to the Constitution, and in particular any amendment that may abolish, take away or abridge any of the fundamental rights of the people.6

The Preamble talks about “limits prescribed by Him.” What is meant by these limits? It then mentions “principles of democracy, freedom, equality and social justice, as enunciated by Islam” It further says that “Muslims shall be enabled to order their lives …in accordance with the teachings and requirements of Islam as set out in the Holy Qur’an and Sunnah.” The words “order their lives” obviously pertain to conduct, while “requirements” means they are binding. The referrence is obviously to the binding laws. To these are added the fundamental rights.

The Parliament “cannot amend the Constitution in a manner that contravenes the provisions of the Preamble” nor make “any amendment that may abolish, take away or abridge any of the fundamental rights.” The conclusion we may draw is that the Islamic Republic of Pakistan, as it is a republic, cannot touch these provisions or go against them in their lawmaking.

Is Pakistan then a republic or democracy? What kind of democracy do we have in Pakistan, if it is a democracy? What is meant by jamhooriat khatray mein hai (democracy is in danger)? Is it democracy or is it tyranny of the majority through domination by a single party? Will this tyranny gradually degenerate into anarchy, as Plato said? 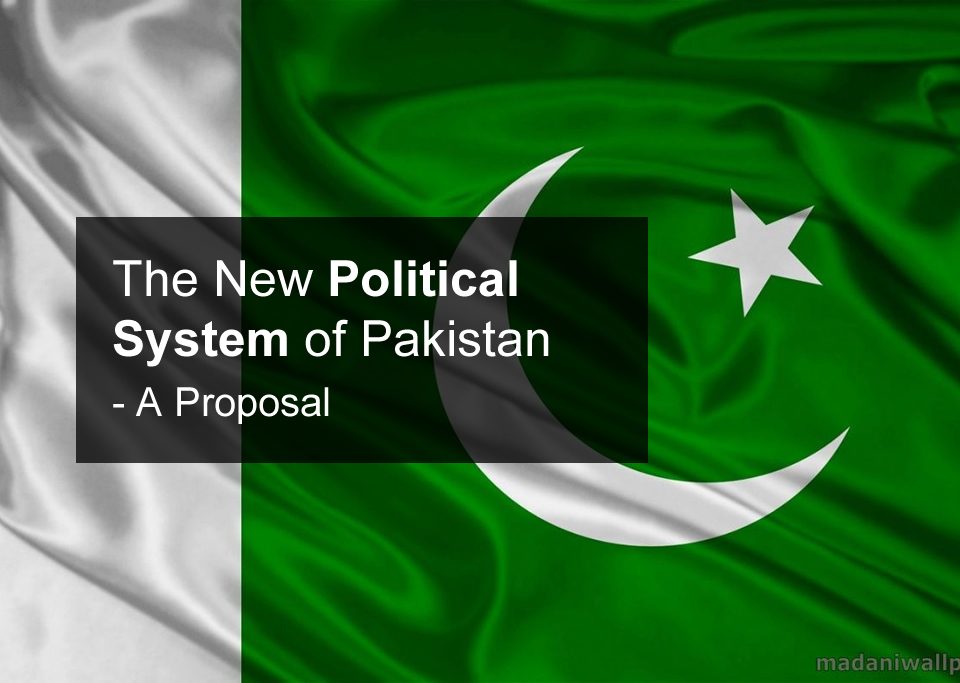 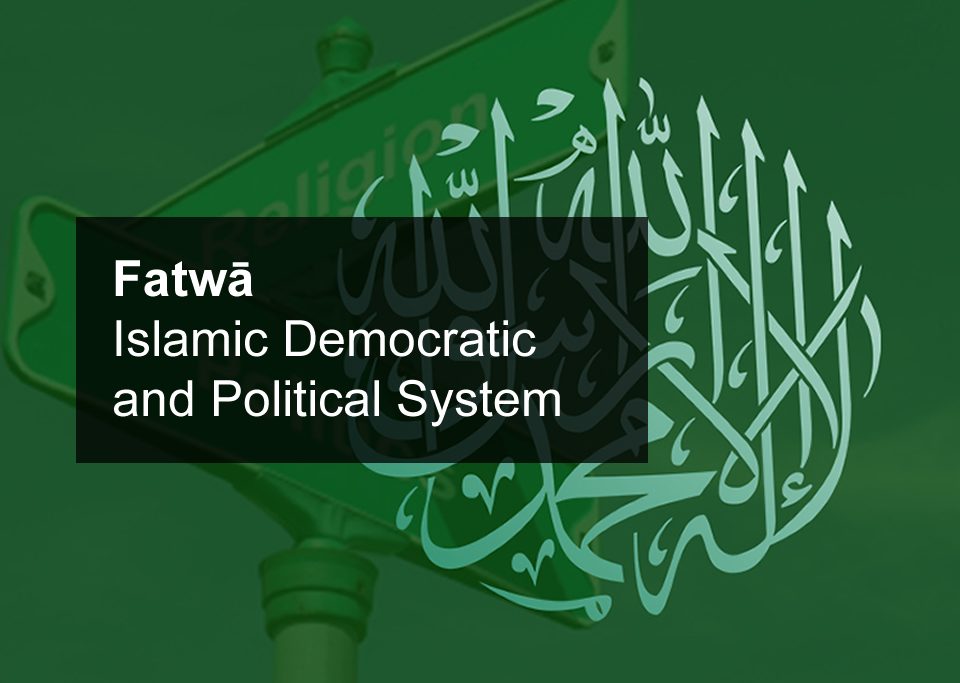