What is wrong with these people that they fail to understand a simple statement (Qur'an 4 : 78)

Rapid changes in the world, in the last few decades, have now created an opportunity for Islamic law to rise again. This rise of Islamic law for the new millennium will not be through the coercive power of a modern state or even through physical domination. Its rise will come about through the rise of the Muslim Ummah meeting, participating and collaborating through cyberspace for the benefit and service of all humanity. The small book, Lex Islamica: Islamic Law for the New Millennium, outlines and explains this dynamic framework that heralds the revival and development of this law with the help of a new methodology that has been left as a heritage by the ancestors.

Islamic law has a few distinctive features. We may list and discuss these briefly as this will facilitate the understanding of what is to follow.

The first feature is that Islamic law has been developed by private persons and not by rulers or governments. From the earliest times, the people organized themselves into schools of law and developed the law by interpreting the texts of the Qur'an and the Sunnah for their needs. Guidance was sought in this process from the decisions of the Companions of the Prophet (pbuh). Matters of public law too---for example, criminal law and public revenue---were initially determined by the schools, and the rulers followed what these schools had laid down.

In its dramatic emergence on the world scene, Islamic law did not hesitate to borrow good things from the existing or earlier civilizations, especially the Greek and the Roman, whose works they translated in a systematic and enthusiastic manner. What they took from these civilization, however, was always first passed through a sieve created by the sources, general principles, and stringent methodology of Islamic law. Thus, the material borrowed was first "Islamized."'

Most of the law worked on the basis of choices exercised by the people. The first choice in this context meant the choosing of a school. Choosing a school meant choosing an internally consistent package. There was complete freedom in the exercise of such choices, and all choices were given full respect. There was no compulsion in the exercise of such choice by an individual. Further, there was no physical location for any of the schools. Centers of excellence came up in one place in a certain age to appear in another where conditions were conducive. To illustrate, the province of Ferghana [1] in Central Asia has been the home for many Muslim jurists from different schools and even for specialists in traditions.

The judge or the qadi, though appointed by the rulers, was more like the head of an arbitration tribunal. This was especially true in civil matters. In certain instances, this judge may have been paid a fee by the litigants to settle matters between them. In matters where the coercive power of the government or the ruler was needed, the qadi acted as the judicial arm of the government. The government also applied other rules sometimes, rules that had been developed under the methodology of siyasah, which in turn was developed by the jurists for this purpose.

There was no concept of the state in the sense of a "legal person" owning territory. Jurisdiction extended to the area where this law was applicable. The concept of the Ummah or community of Muslims governed this. It was more like a free system. Thus, to mention one case, the land over which this law prevailed was not "owned" by anyone as, for example, in the case of the British monarch who owned everything. Ownership could be exercised by anyone if he worked on the land and "revived" it by cultivation or construction. Such ownership lasted if the land was kept in the state of "revival." Ownership could be lost if the land was abandoned for some time. To mention another case, the wealth of the treasury was assumed to be owned jointly by the individuals who composed the Ummah. [2] There was a government run by the ruler or Imam minus the concept of the legal personality, that is, no legal person owned the territory.

As the law belonged to the schools, no ruler codified it. Even where such attempts were made the law was presented as an organized version of the law developed by the schools. One outstanding example is the Fatawa `Alamgiri, which was developed on the instructions of the Moghul ruler Awrangzeb Alamgir, but it remained Hanafite law. As a large number of opinions may prevail within a school, the school acknowledged this variety, but at any one time the law to be followed was issued by the school in the form of preferred opinions in books that were often called mukhtasars or "the black-letter law," if you like. This is what the people, the jurists and judges were supposed to follow. A much later document called the Majallat al-Ahkam al-`Adliyyah (18th Century) tried to give a new version of the "black-letter law," but it still was law of the Hanafi school. This does not mean that the government did not undertake codification of any kind. Short codes were issued by governments, especially by the Ottomans and the Mughals, in the form of qanun'namahs and firmans. These have been explained elsewhere by the present author where he has also shown how they lock into the larger legal system. [3]

The binding force of the law arose not through the coercive power of a state, there being no state as stated, but through a system of voluntary acceptance and internalization. This is the true power of this law. [4] Those who dream of undoing the "authority" of the schools of Islamic law do not understand the nature of this law. This authority cannot be undone. The reason is that this authority is driven by the Qur'an and the Sunnah and operates through the people themselves who are represented by their schools.

The features mentioned above show that Islamic law was developed by private persons on the basis of the texts of the Qur'an and the Sunnah, absorbing in the process all good things in other systems if they were found compatible. The law was developed on the basis of choices exercised by the people, who voluntarily brought their disputes before a qadi, who acted more often than not as an arbitrator accepted by both parties. Of course, he was nominated by the ruler. The law was not developed by the government, or a state, but by schools of law formed by the people. No need was, therefore, felt for codification by the government. Finally, the binding force of this law was based on voluntary acceptance and internalization of their faith.

[1]. Now split up between Uzbekistan, Kyrgyzstan and others.

[2]. The rules followed by the schools show that the bayt al-mal or the “treasury” was in the “joint-ownership” of the Ummah.

[4]. The term “Islamic State of Medina” is used by many to refer to the system set up by the Prophet (pbuh) at Medina. The word state in such writings does not mean “legal person,” but the government set up by the Prophet (pbuh) for the Muslim Ummah. State as a “legal person” is a complex concept that is not acknowledged by Islamic law as such. Those interested in the jurisprudence behind this discussion may refer to Nyazee, Islamic Law of Business Organization: Corporations (Islamabad: Federal Law House, 2010). 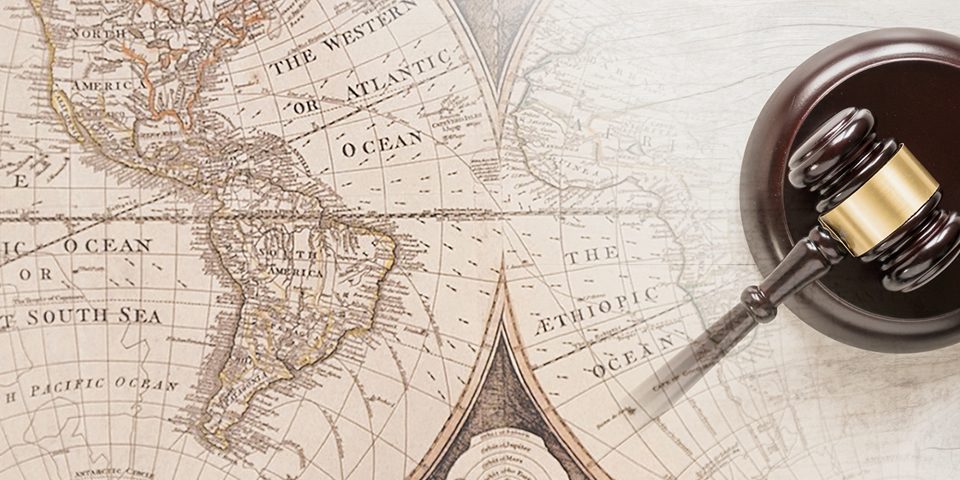